← more from
Guerssen Records
Get fresh music recommendations delivered to your inbox every Friday.
We've updated our Terms of Use. You can review the changes here. 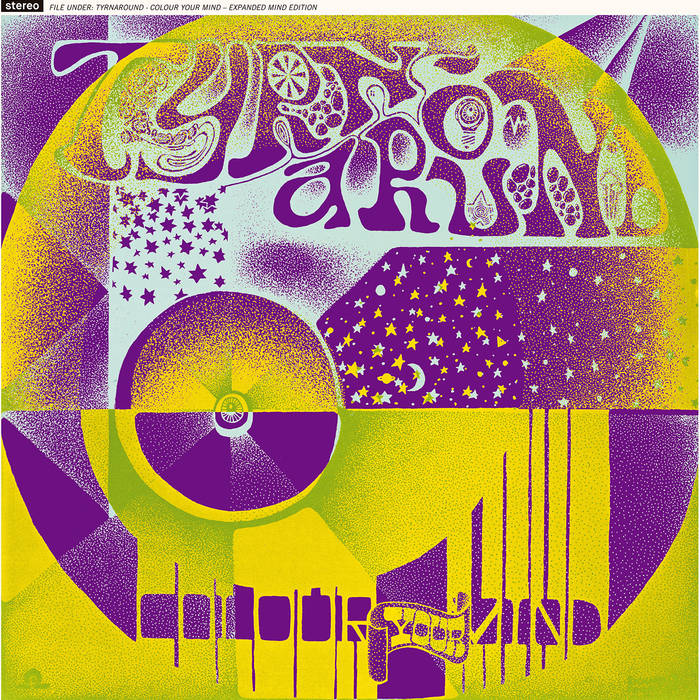 hombal GREAT jewel from AUS sounds like 60 s but it s from the 80 s.. Favorite track: Colour Your Mind.

paul rote This is so excellent. The psychedelic factor is off the charts !
Pop psych on the heavier side . Favorite track: Paragon-Smythe (7" version) * digital bonus track.

Originally issued as a 12” mini-album in 1986, Tyrnaround's 'Colour Your Mind' has become a touchstone of 1980s Neo-Psychedelia and almost certainly one of the best records of the second psychedelic era.
Influenced by classic '60s British Psychedelia it was also inspired by The Dukes of Stratosphear's ‘25-O-Clock’ and perhaps exceeds that record's trip factor with the acid infused title track (featured on Amorphous Androgynous ‘Wizards of Oz’ Compilation and also famously covered by Vibravoid) blending searing acid fuzz guitar, swirling keyboards, surreal lyrics and sumptuous early Floyd like harmonies.
Now expanded to a full length LP, including all the bands singles as well as the rare Freakbeat Magazine 45 'Paragon-Smythe' (featuring the never released before unedited version), this could be seen as Tyrnaround's perfect debut album. Also includes digital download card for the album plus rare demo and live tracks.

Bandcamp Daily  your guide to the world of Bandcamp

Oakland producer Mejiwahn chats about his breezy and transportive LP.